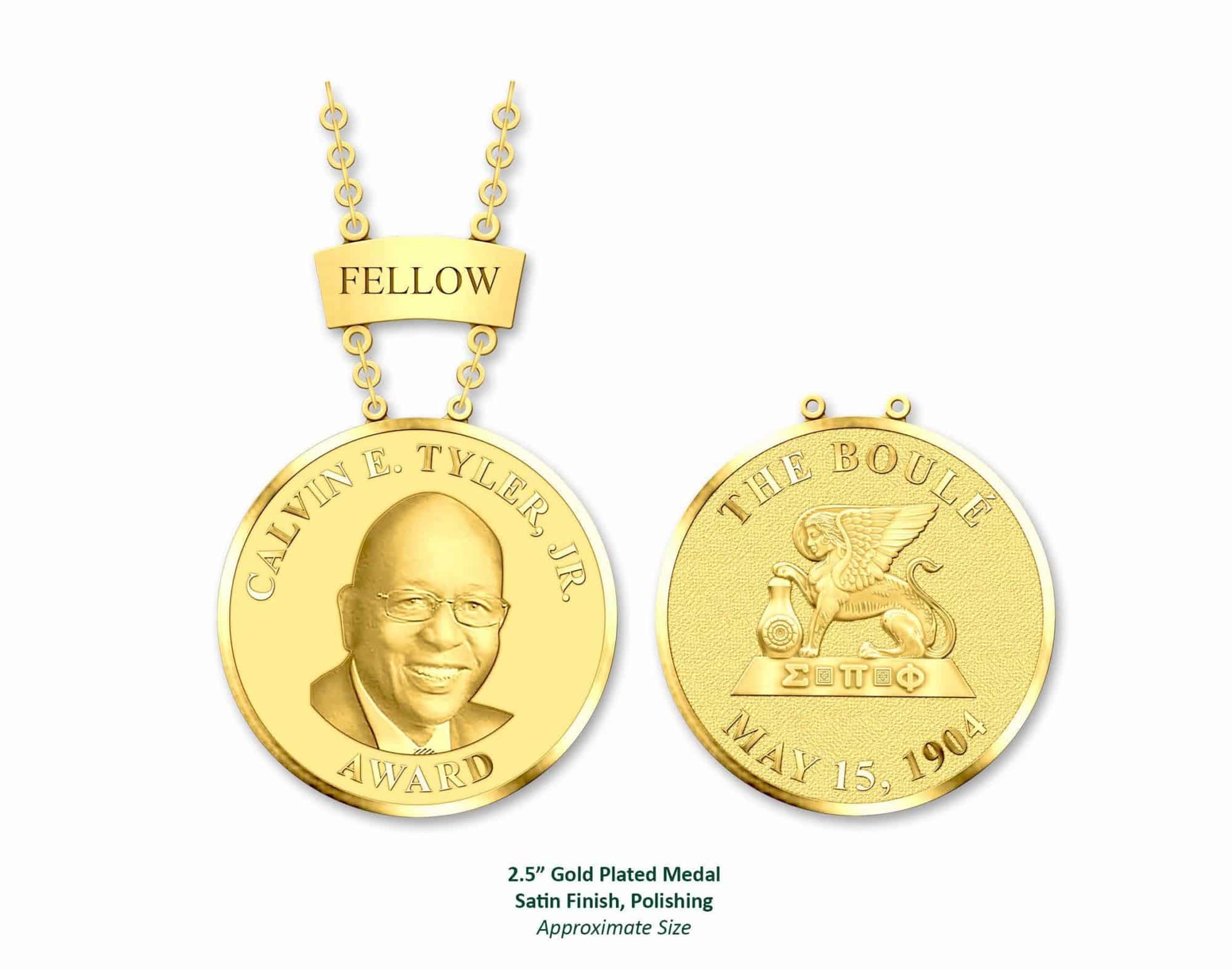 The Boulé Foundation recognizes its major donors deserve a special kind of custom donor medallion. The former Medallic Art Company, whose customers now are serviced by Medalcraft Mint, has produced Legacy Award medallions to honor the total amount of contributions from the Boulé Foundation’s largest donors.

The Legacy Award medallions feature likenesses of major donors, with the fraternity’s crest and other imagery featured on the back side. Here is a list of donors and their medallions:

For more information about a custom donor medallion created by Medalcraft Mint or to request a quote, please go to https://medalcraft.com/ or call 800-558-6348.

The Challenge: Create a More Attractive Award Medal and Ribbon for a Similar Price

The Challenge: Create, Produce and Ship a Custom Medallion in 8 Days

The Challenge: Honor a Retiring Leader with Distinguished Alumnus Award