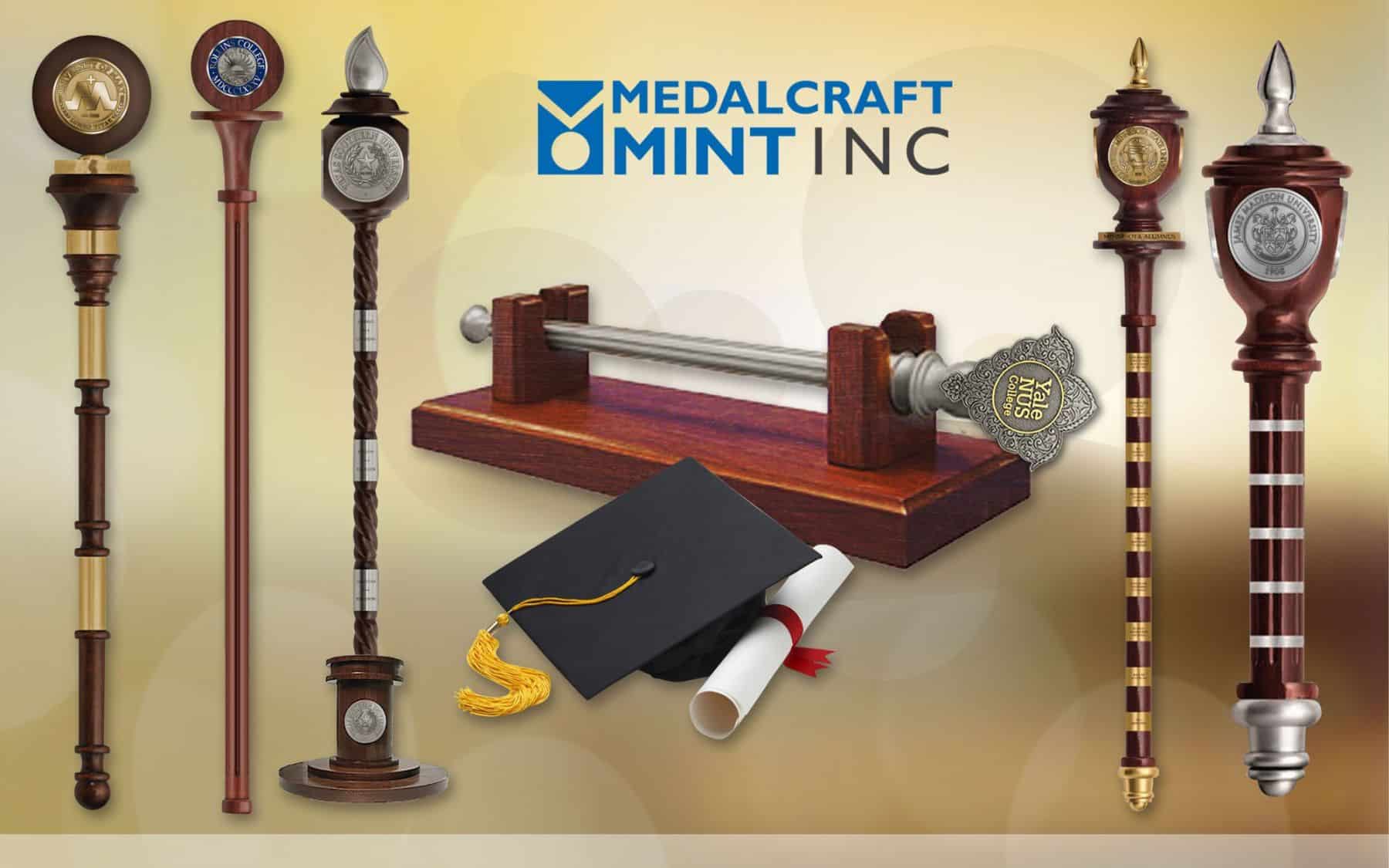 Medalcraft Mint Creates High-Quality Symbols of Authority in the USA

You may not know what ceremonial maces are by the words themselves, but one look at this symbol of academic office and you will likely find yourself thinking, “Oh, that’s what those things are called.” Ceremonial maces have been used during commencements and other solemn events at institutions of higher education since medieval times.

Medalcraft Mint, an American-based designer and manufacturer of high-quality ceremonial maces and collegiate medallions, works with its academic customers to create maces, stands and bases that properly represent the level of excellence for which the institution is known.

“Maces harken back to a time when kings and queens personified the power of the crown,” explains Jerry Moran, chief executive officer of Medalcraft Mint. “Their purpose is ceremonial today, but the desire for high-quality craftsmanship and materials remains constant as institutions reinforce their reputation for excellence.”

Medalcraft Mint uses die striking in the production of the metal components of ceremonial maces as well as collegiate medallions because of the superior images it creates as well as an overall better product than cast pieces. High-quality woods are commonly used for the mace’s staff, stand and base.

“When cared for properly, ceremonial maces and their supporting components can last for generations,” Moran says. “They are returning to favor as one of the more requested items by our institutional customers..”

A Reputation for Quality Craftsmanship

Medalcraft Mint has been a Wisconsin-based company since its founding in 1948. The company produces a wide selection of challenge coins, badges, recognition awards for employees and other commemoratives in its 32,000-square-foot facility in Green Bay, Wisconsin. For more information about Medalcraft Mint’s products or to request a quote, please go to http://medalcraftusa.com/ or call 800-558-6348.